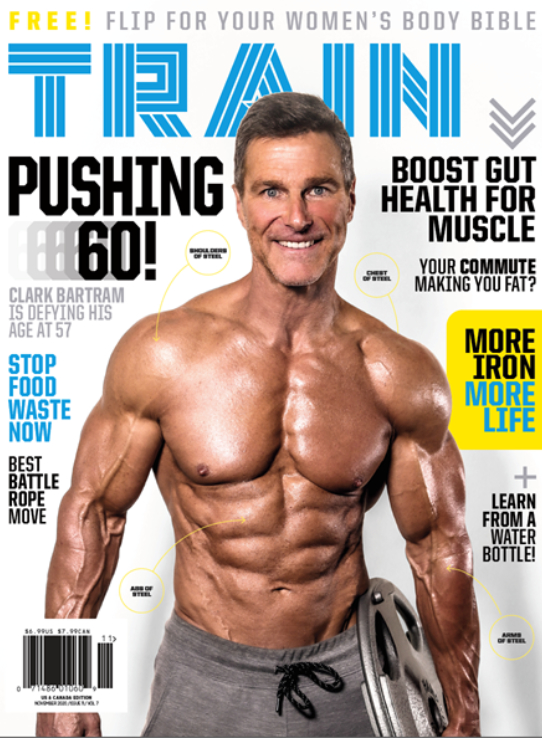 Clark Bartram has earned his reputation as “America’s Most Trusted Fitness Professional.” In everything he does, Clark puts forth 100% in the hopes that he can benefit men and women who care enough about themselves and the people they love to do what it takes to “Live the Lifestyle.”

As a professional fitness model, Clark has appeared easily on the cover of over 130 fitness publications and is considered one of the most successful models in the industry.

As a personal trainer, Clark has helped thousands of men and women transform their bodies and their lives, and has recently been elevated to the status of ISSA Master Trainer.

He has inspired millions of television viewers as the co-host of Kiana’s Flex Appeal on ESPN, and has also hosted his own fitness television show called American Health & Fitness, broadcast internationally. Adding to his television exposure, he had a long run on Home Shopping Network and QVC selling home fitness products branded with his name.

More importantly than any business accolade Clark is a devoted husband of over thirty years to Anita and together they have raised two amazing humans Taylor and Mitch.

Get toned and trim for summer with this limited time offer.