It all started with the simple observation that dumbbells were cluttering gym floors everywhere and that a full set of traditional dumbbells took up too much space at home. The actual idea came later, as inventor and founder Carl Towley suddenly woke up late one night from a dream. Having grown up in California during the 1970’s Carl became fascinated with bodybuilding and strength training. Wondering how legends like Bill Pearl, Charles Atlas, and Mike Mentzer attained their epic physiques drove him to attach some coffee cans full of cement to a broomstick as his first home gym. His obsession  with fitness continued to grow and eventually he got a job repairing equipment for a health club in Santa Cruz.

Years went by and he started to notice there were improvements to be made with most gym equipment, so he did what felt natural and started a small fitness company. This required him to visit numerous gyms throughout the country. But like many first time entrepreneurs he failed, however his passion never wavered. So he got a different job, but the story was still the same everywhere he went, mainly, dumbbells chaotically gobbling up precious floor space. There had to be a better way.

The final PowerBlock design was elusive, he began creating a ton (literally) of prototypes while researching previous attempts to build a superior adjustable dumbbell. Many people had attempted to bulid a better dumbbell but their solutions were always too complicated, fragile or impractical. It wasn’t until that dream on a beautiful Santa Cruz night that Carl put together the concepts of a nested weight stack with a handle secured by a U-shaped pin, the ‘ahh ha’ moment! Within 24 hours of that, the prototype that is the foundation of all PowerBlock dumbbells was born.

In 1993, PowerBlock was founded in Owatonna, MN. The first shop was a very small building with no heat on the outskirts of town, the dream was alive, but that didn’t make the winters any less cold. One evening the landlord arrived and said the building was for sale, soon thereafter the local banker arrived for a visit on one of the coldest days of the year. Seeing everyone wearing modified snowmobile gear inside as the smell of wood smoke permeated the air showed the financier how serious this group was about the product. The banker approved a loan to buy the building as well as extending a small line of credit that enabled the company to purchase some new machinery and manufacture a bit more inventory. 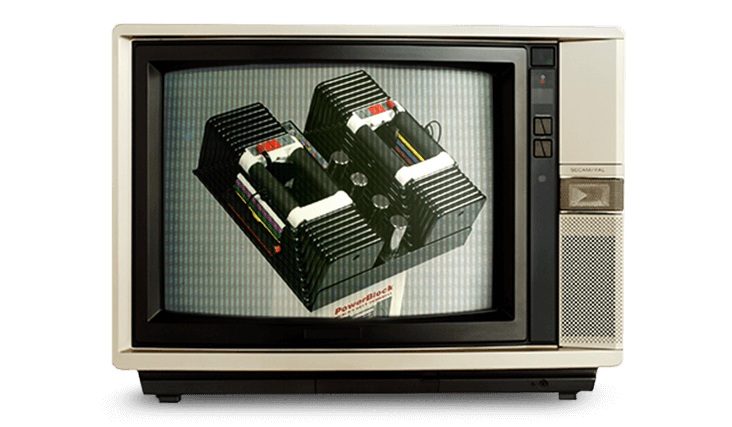 It’s easy to say the rest was history, but from the time between then and now everyone at PowerBlock has strived to keep improving what we believe is the ‘Worlds Best Dumbbell’. And without compromise we’ve stayed true to our ethos, ‘build quality products, listen to customers, and never stop learning’. Thank you to everyone who’s been a part of our story, especially our amazing customers. 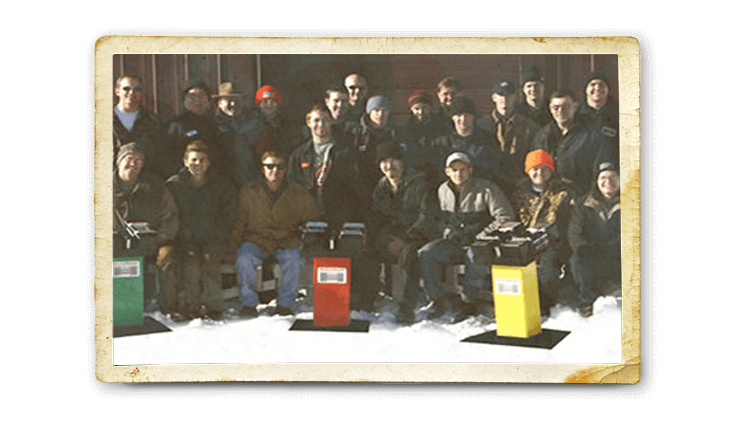 For over 26 years our team has consisted of fitness professionals, athletes, engineers, fabricators, designers, and everyday folks who believe in a lifestyle that includes health and fitness. We feel fortunate to be in an industry that’s inherently full of positivity with a desire to improve lives. We’re extremely blessed to have a significant number of our original team still with us; they’ve dedicated most of their lives to producing and supporting PowerBlock products with unmatched dedication. Extra special thanks to them!

We love fitness for the same reasons you do. It helps people reach their goals, look and more importantly feel better, and excel in competition at the highest levels. It doesn’t matter if you’re just beginning or at the pinnacle of your athletic career, our team is here to help you achieve your dream and honored to be involved in the lives of those who do!

Craft Your Own Story

The journey starts the moment you choose to seize control of destiny. It doesn’t matter what happened yesterday or the day before, it’s only important what happens going forward. No matter what goals are set, the success of any story is built on consistency and commitment to development. Set the foundation and literally lift yourself into the future you’ve designed. One rep, set and workout at a time. Create the home gym package that shapes your story.